Our (Emil and Felix) arrival in Tanzania started quite interesting in the middle of the night. Due to a misunderstanding we took a taxi to Leganga instead of Kingori,
and aimlessly drove around on the bumpy dirt roads unable to find neither the Baobab house nor Econef. When we finally arrived at the Baobab house the following day, we were greeted by the charming and hungry house cats Tiffany and Dolores. What a peaceful site to build an orphanage, resting in a sunflower field between the breathtaking Mt. Kilimanjaro and Mt. Meru. Heaven on earth!

When we’d gotten accustomed to the place we started with the calculations for material costs. We needed over 250 pieces of wood, storm drains, nails, corrogated metal sheets etc to build the roofs for the two remaning houses. 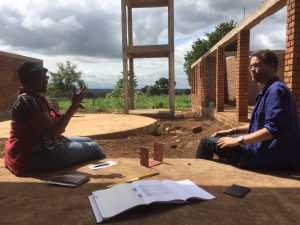 mama Caroline and Emil at the building site

Next step was to visit different manufacturers in Arusha town to check and bargain down the prices, so that we could send a cost estimate to Pilvi in Sweden. Luckily for us, we were accompanied by our sweet host Mama Caroline, who is also the head of Econef Tanzania. A couple of days later when the money arrived Emelie also arrived, the third volonteer to join the project. We then went back to Arusha to buy the material.  Emil went to the timber yard and Felix and Emelie went to the welder. It took about three to four days to prepare the material, which included planing (hyvling) of the wood and metal cutting. 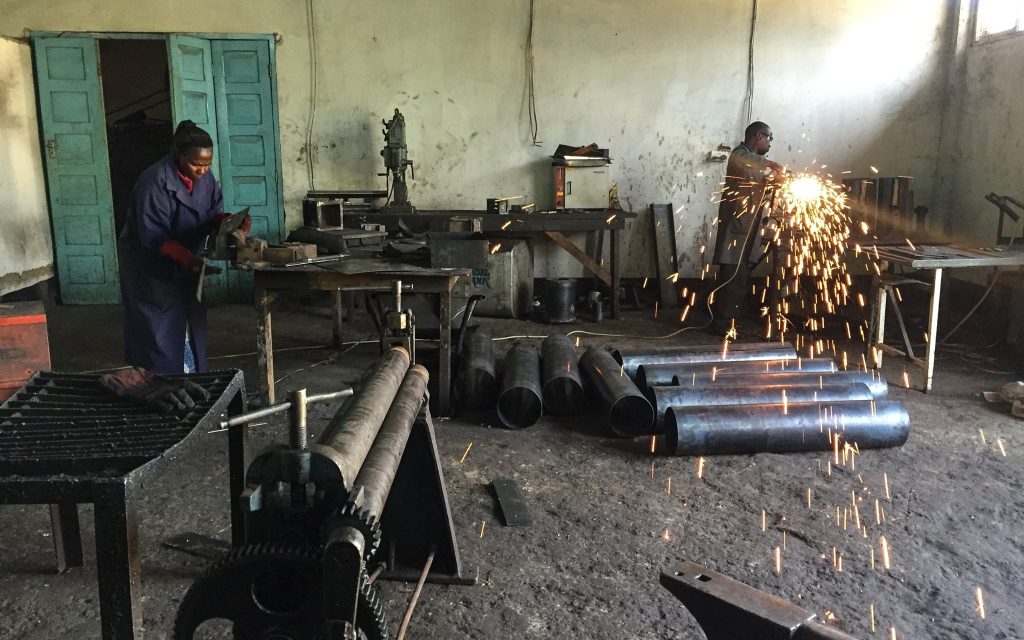 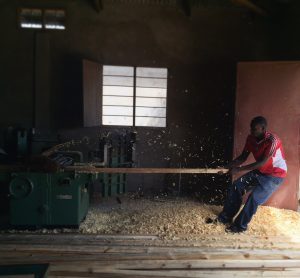 tireless planing of around 250 wood pieces

Some of the suppliers didn’t deliver the promised material on time, so the process got prolonged. Finally all the material was purchased and the transport to the building site began.

With all the wood at the site, we had to impregnate it with thermite pesticide. This was easier said than done, due to a constantly leaking plastic sheet. Now it was time to build the actual trusses. Halfway through, we realized that some of the beams needed to be individually measured to fit into the steel shoes properly. This took some time to get right, but soon all the trusses are completed thanks to a hard-working construction team.

It sounds that we’ve done nothing but working since we got here but that’s not really the case, so what else have we done? 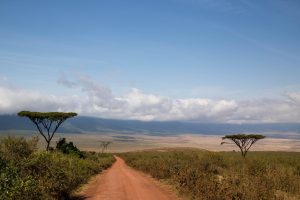 On sundays most people in Tanzania go to church and we can get some time off. We’ve been on safari in Ngorongoro Crater National Park. This was an unreal experience for all of us.We saw a lion eating on a buffalo while beeing surrounded by hyenas.We saw Simba and Nala making love in the bushes. We saw elephants, antilopes, rhino, hippos and zebras, all running free in the circle of life. 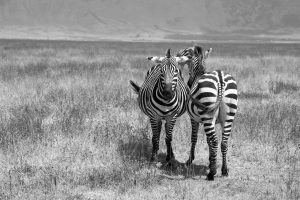 Yesterday we also took some time of to celebrate swedish midsummer with all the children. Emelie made cakes and meatballs and one of the teachers from the orphanage made some local food. We played with the children all day and at the end they all lined up as a choir and gave us what must have been one of the best performances of all time. They gave us a five minute ABBA-medley mixed with local songs, dancing and laughter at the same time.

an amazing performance by all the Econef kids and teens

An emotional and beatiful moment! When they all left they all came up to us and gave us a hug while saying ”A hug is great gift”.